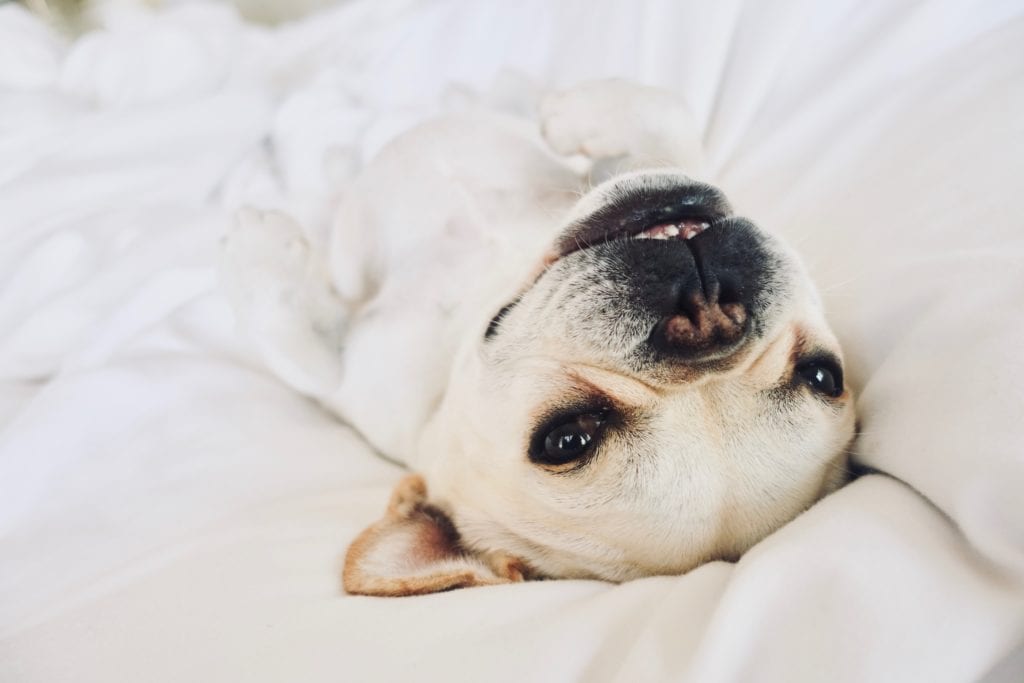 For years I was very into it. I’ve done past life regressions (for myself), chakra balancing sessions, hypnosis, reiki, charged my crystals, blah blah blah. In the past year and a half, I’ve slowed down on all that—I don’t even believe in past lives anymore. But I do like to keep all possibilities open.

Before I get way too into that + off tangent, let’s get to the crux of the matter: Weston!

Why did I decide to get an animal reading?

Let’s be real. Weston has been through A LOT.

I got him 9 years ago. I was single at the time and going through a recent breakup. Just 8 months after Weston came into my life, I left solo to South America for 5 months to ~find myself.~

This puppy was less than a year old and his new mom leaves him with various friends + random dogs and he gets shuffled between houses like an orphan.

He has been with me through some of the highest highs + lowest lows—deep depression, alcohol, meltdowns, social anxiety, instability. It actually might be a miracle Weston isn’t a deranged feral thing (or me). 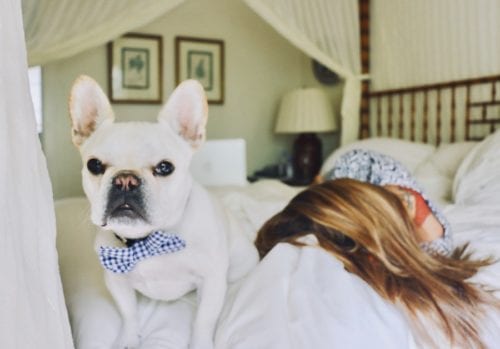 So, what are Weston’s “issues”?

Other than that, I swear he’s a sweetheart lol! I know he has residual issues from his past. But no matter how “perfect” a life we’ve tried to create for him, these have become on-going patterns. 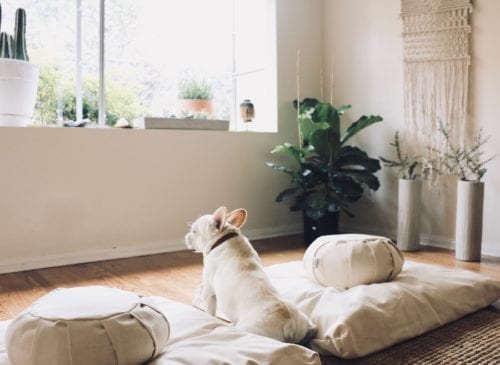 I wasn’t actively looking but a random post popped up in a Facebook group discussing their dog’s behavior and someone posted this woman’s card. Since she was based in LA, I quickly booked an appointment and asked if it could be in person.

Well, it turns out she couldn’t do it in person because of her schedule that day.

But her reviews were good and I figured, let’s just do this. We did it over Skype/video chat.

The philosophy of “energy” is that you don’t even need to be in the same room as someone to feel them—just like clairvoyants, etc. So, it just depends on how much you can stretch your belief on this. Trust me, I’m in the middle and I hover back and forth. 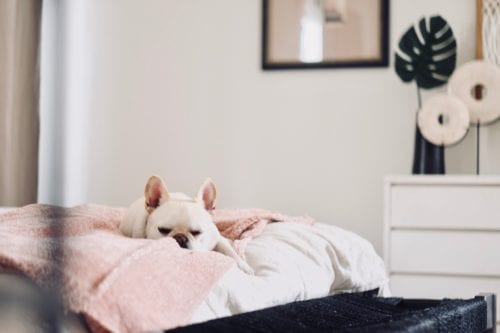 The healer and I spoke about the issues and his past. Nothing she said surprised me because I know that our animals are basically our mirrors.

She twiddled and wiggled her fingers and said she was releasing energy in many different areas of Weston’s body and chakras. She told me he was very confused. She also said he was stuck in certain memories and triggered by his past, which is obvious—hello!

Mind you, Weston had left the room earlier for a little nap in the bedroom.

I did some tapping on my heart (I’ve actually tried EFT tapping on Weston + Fira a few times in the past—exploring YouTube can be quite the adventure). Together, we visualized him in a violet sphere,  then imagined his bad memories in a bubble and blew it away, dispersing all angsty thoughts. She said to closely observe his behavior over the next 4 days and to let it all really sink in.

Our Skype hour was finished. I closed my laptop and went to snuggle with Weston. He looked so peaceful, with his sleepy eyes in his imaginary violet bubble.

I told him, I won’t ever leave you.

I took him out for a walk. He marked his territory on every bush, warily checked out every sound and distrustfully eyed every passing car—just trying to do his job.

We’ll see how the next 4 days go. Inner peace takes time. After all, after 32 years I’m still trying to find my way. 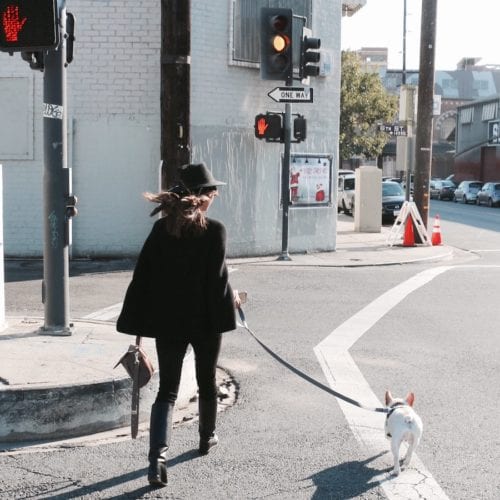